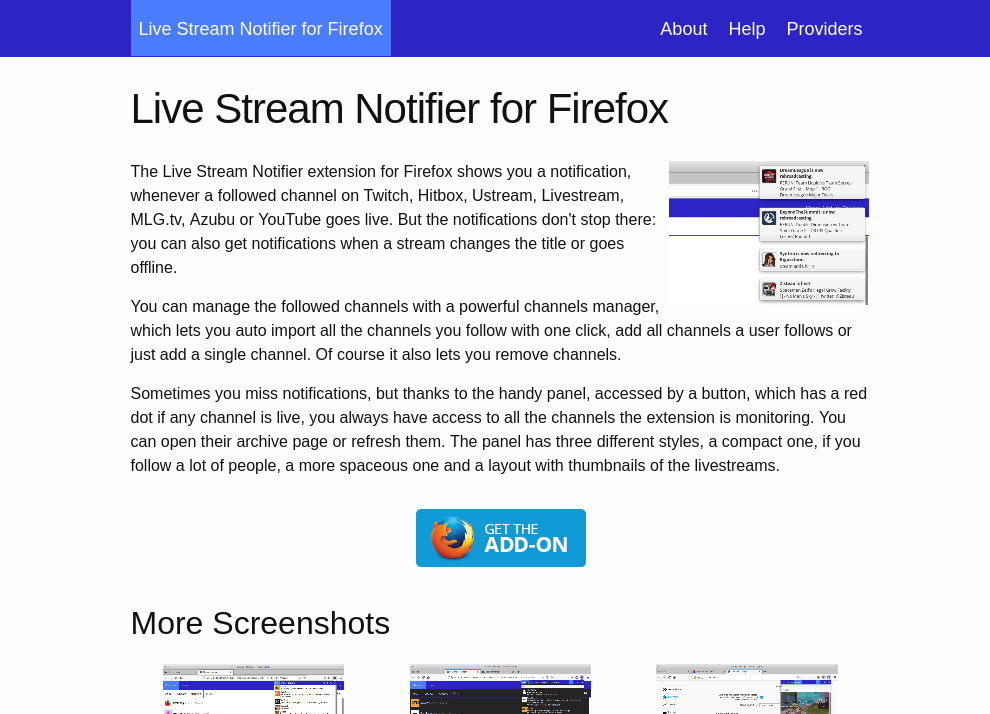 I have decided to halt any plans to maintain the extension and focus on other spare time open source projects instead. I should have probably made this decision about seven months ago, when Twitch integration broke, however this extension means a lot to me. It was my first browser extension that still exists and went through a lot of transformations. All said and done, however, I don’t really have a personal need for it anymore and don’t like some of the changes I’d have to make to it to keep it working.

I’ve archived the GitHub repository and pushed out one last version that informs any remaining users of the demise of the extension (and possibly bringing you here). I will delist the extension a couple days after that update, once I’m satisfied it will have reached most people it could reach. The reason I’ve made the extension non-functional is so I can retire the API credentials used by the extension.

The website stays available at https://freaktechnik.github.io/justintv-stream-notifications but the streamnotifier.ch domain should no longer be considered safe or related to the extension.

I’ve pushed the “latest” in progress code to the next branch on GitHub. The plans for it were three major changes:

It is this last one that is a big reason for why I no longer feel enthusiastic about working on the extension. I would have to force users to bind their account identity to the requests the extension makes.

Apart from Twitch requiring authentication of a user for API requests, YouTube has also been a pain to work with. Not only is their API barely ready for live stream applications and the public rate limit is hit about half of the day, they also conduct approximately yearly audits of their API applications, which in principle is fine. They make sure applications using the YouTube API comply with their API terms. However, all of those audits have ended up with just a rapid fire of anything that looked like it could be a violation, leaving it to me to show them again and again how I am not violating their terms of use for the API. For the few correct violations that came out I’d usually get a deadline of a couple of months at best. This has lead to me half-heartedly building fixes that kind of made the extension compliant, with cleanup left for later.

I didn’t really want to invest a lot of time into them, because I was spending most of the time for the extension on planning out the actions/notifications rework. There were also a bunch of small maintenance tasks that kept piling up, like disabling the Smashcast and Mixer providers or updating dependencies. Further, as the extension got less important to me, I spent less and less time on it.

I’ve now decided that instead of every now and then spending some time on this extension I’d rather use my spare time to build extensions that empower users and make the internet better for small services and decentralized solutions. As such, my latest extension (which is also already a couple of years old) is a coupon manager that doesn’t rely on any service to collect the coupons.

Thank you for using Stream Notifier throughout the years, giving constructive feedback and recommending it to your friends. I explicitly don’t want to make any replacement recommendations, so if you feel like you need a browser extension that notifies you of streams, use the addons.mozilla.org search and discover possible candidates.